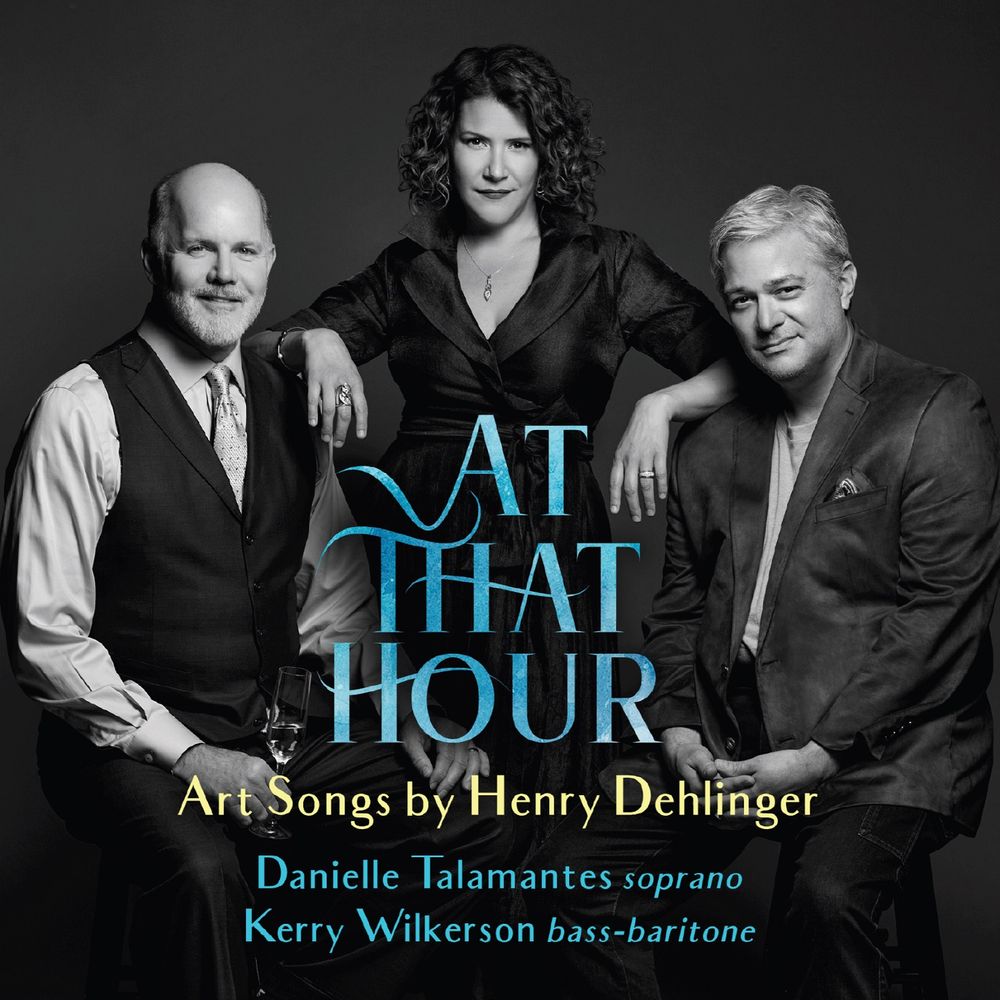 Gramophone Reviews ‘At That Hour’

Henry Dehlinger is a gifted and versatile musician. As a pianist of exceptional fluency, he has teamed with soprano, Danielle Talamantes, on recordings of works by Spanish composers and his own arrangements of songs by Duke Ellington.

On Dehlinger’s newest disc, ‘At That Hour’, he collaborates with Talamantes and another dynamic singer, bass-baritone Kerry Wilkerson, in his recorded debut as a composer of art songs, whose verses he has transformed through disarming music.

Among the poets is James Joyce, who receives lavish treatment by Dehlinger, a master of myriad styles planted largely in tonal soil. Ten Poems of James Joyce takes up half of the album, the songs assigned evenly to soprano and bass-baritone. Each piece reveals the fastidious way Dehlinger shapes music to illuminate the meaning of the text. The songs are diverse in atmosphere and harmonic language, as befits the narratives, and the writing is rich, often rapturous, as voices and piano meld with urgent purpose.

They use their vibrant voices to similarly lustrous effect in the remaining finely honed Dehlinger mini dramas: ‘A Dream’, set to a sonnet by Edgar Allan Poe; two songs, ‘The Mount’ and ‘Fragrance’, with texts by the album’s only living poet, Mark Riddle; ‘Shir Hashirim’ (‘Song of Songs’), biblical Hebrew verses shaded by ancient modal influences; and a jazzy take on Oscar Wilde’s ‘Requiescat’, about the writer’s dead sister, that likely would raise Wilde’s eyebrows in ironic delight.

Recorded with crystalline clarity at Sono Luminus Studios in Boyce, Virginia, the performances whet the appetite for further Dehlinger repertoire.